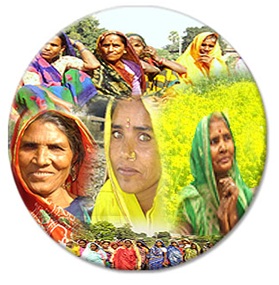 GDS, as re-presented by its members and staff, are conscious and sensitive to the gender inequalities prevalent in Indian society, particularly in a socially backward state like Uttar Pradesh. Hence during its early years it consciously decided to work, not only with the poor, but primarily with women from such households. Over the years, its staff, both male and female, through working with women, has also developed sensitivity to women’s needs and issues. However, it was increasingly being realized that the issue of gender equality is both more complex and distinct from just working with women. Further at the program level, it is important to look at gender issues and impact on them objectively and distinctively, to ensure that programs having participation of women are actually assisting and empowering them holistically, rather than having unintended adverse effects.

GDS has developed an explicit gender policy that is both practice based and incorporates key concepts and issues related to gender. It was also felt that instead of just hiring an outside consultant who would come in for a few days and write up a sophisticated policy document, an internally generated process of evolving a gender policy would have greater relevance and ownership by GDS. The GDS ‘Gender Policy’ is therefore a distillation of the thinking process that has gone into evolving it.
GDS has a 5-member Anti Sexual Harassment Committee (ASHC) constituted as obligatory to decision of Hon’ble Supreme Court of India to prevent any sexual harassment activity at workplace. The woman headed ASHC is represented by selected members of Executive Council, GDS Management and staff in the chair of GDS President. The role and responsibilities of ASHC are well defined in the guidelines prepared at organisation level.

GDS operates through its field units in diverse context regions of flood prone eastern UP & northern Bihar and semi arid area of Bundelkhand (UP) & Ajmer district of central Rajasthan. The climatic conditions in the above severely impact the livelihood of rural poor living in these regions. The field interventions majorly focus towards strengthening their livelihood. Relief and rehabilitation programmes are taken up as its humanitarian approach particularly in its operational areas in support with other stakeholders. Disaster Risk Reduction initiatives have highly helped to the people most in need from time-to-time.
While targeting for social vulnerability, focus is laid towards covering women, children, poor, elderly persons and also those suffering from HIV/AIDS under its key field interventions on social development. These are the people highly exposed to fall in the risks of deprivation and negligence particularly while some disasters like flood, draught, fire-catching, earthquakes etc. take place devastating the human life and assets in the area.